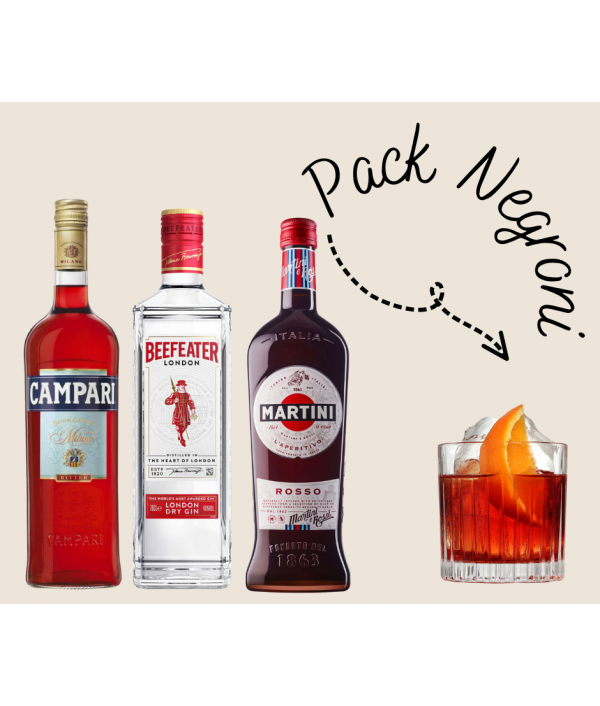 Let's get to know the history of the Negroni cocktail!

Negroni is a cocktail made from one part gin, one part rosso vermouth, and one part Campari, garnished with orange peel. It is considered an aperitif.
The Negroni is of Italian origin and its recipe is derived from the American classic recipe. It is part of the group of "unforgettable" cocktails according to the International Bartenders Association
While the exact origin of the drink is unknown, the most widely reported account is that the cocktail was initially made in 1919 at Caffè Casoni (formerly Caffè Giacosa, now called Caffè Roberto Cavalli), situated on Via de' Tornabuoni in Florence, Italy. Count Camillo Negroni arranged the arrangement by asking bartender Fosco Scarselli to make his favorite cocktail, the American, stronger by adding gin instead of the usual carbonated water.
Following the cocktail's success, the Negroni family founded the Industria Liquori Negroni distillery in Treviso, Italy, and produced a pre-made version of the drink, sold as Antico Negroni 1919. One of the first reports of the drink came from Orson Welles in correspondence with the American newspaper Coshocton Tribune while working in Rome on the film Cagliostro in 1947, where he described a new drink called Negroni, "Biters are great for your liver, gin is bad for you. They balance each other out."
Cocktail historian David Wondrich researched Camillo Negroni, who was born on September 25, 1934. While his status as a count is questionable, his grandfather, Luigi Negroni, was certainly a count.
Descendants of General Pascal Olivier de Negroni, the Count of Negroni, claim that he was the Count Negroni who invented the drink in 1857 in Senegal. The Sunday Edition's "A Corse Matin" article, published February 2, 1980, was translated on the blog of one of his descendants: "This claims he invented the drink around 1914." An article in the New Hampshire Union Leader newspaper reported on the controversy.

History aside because the best thing is to taste this cocktail.... so we leave the recipe for it!

Now just buy your pack and surprise everyone at home!