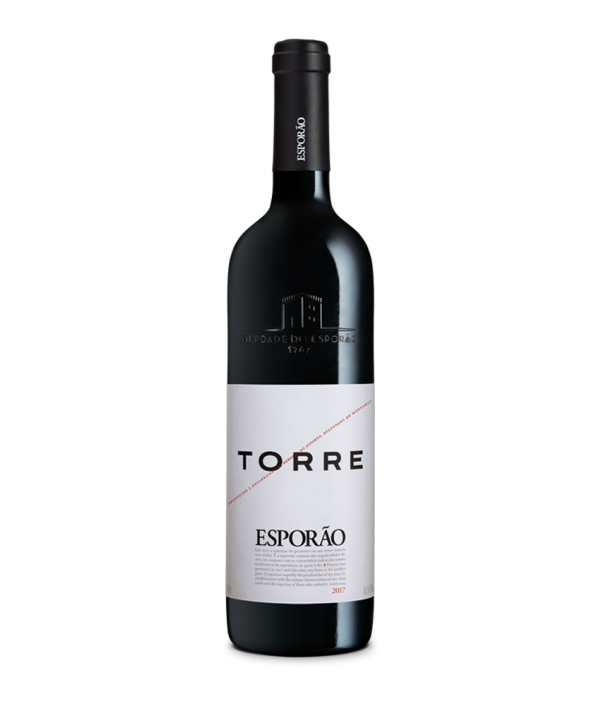 If there's one thing we've learned from Torre do Esporão, it's that waiting is a virtue. A virtue that they have acquired over the last 20 years of work and detail. In more than three decades, this is only the fourth time this wine has been bottled, after the 2004, 2007 and 2011 harvests, the 2017 edition is now added.

More than a wine of detail, Torre do Esporão is the ultimate expression of the singularities of the year, together with the unique characteristics of our territories and the experience of those who make it. Made to last, it represents Esporão's ambition to make the best wines that nature provides, in a responsible and inspiring way.

Edition after edition, the bar goes up. And it's rewarding, when it's time to prove, we have confirmation of all the work and effort dedicated. Waiting is indeed a virtue.

A wine by the winemaker duo Sandra Alves and David Baverstock. The grape varieties were vinified separately in marble vats with foot treading. Alicante Bouschet finishes fermentation in concrete vats and then ages in 5000 liter vats. It ends the aging in new French oak barrels of 500 liters, where they remained for another 18 months. The Tourigas, after fermentation, are transferred to 500 liter French oak barrels of 2nd year of use, where they also underwent malolactic fermentation and remained for 18 months.
At the end, it had a 3 year rest in bottle.