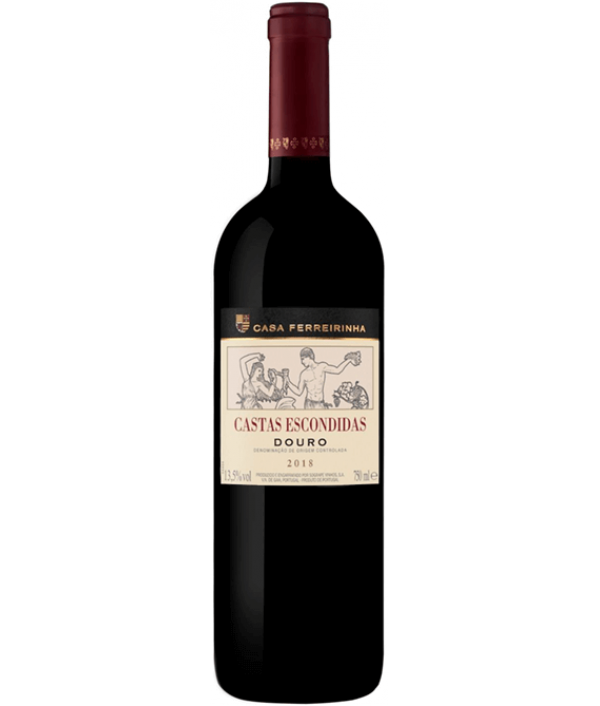 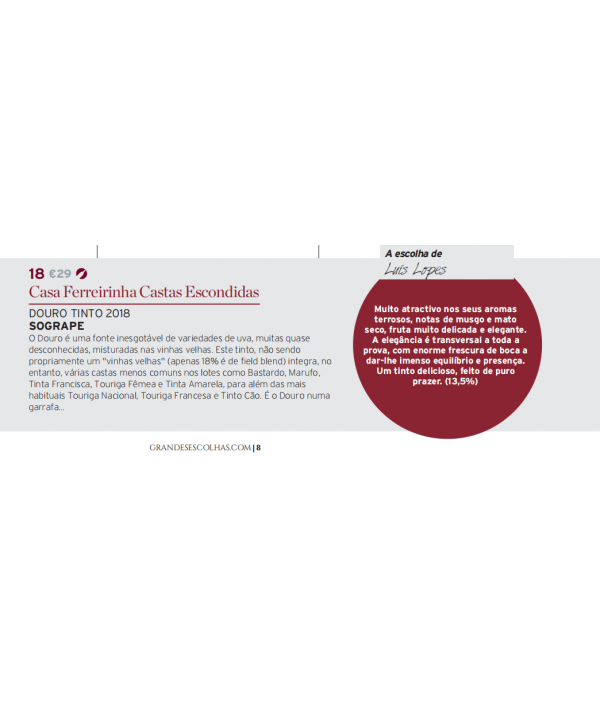 Casa Ferreirinha created a special wine, with less common Douro varieties, to preserve biodiversity and translate the true terroir of the region. Hidden Varieties, usually used in Port Wine blends, but rarely revealed, result in a perfect combination with other more visible varieties, enriched with a relevant part of grapes harvested in old vines.

Selection of grapes, from less "representative" varieties in the Douro region, and also from old vines, coming from portions of the Quintas, and from some winegrowers who have collaborated for many years. Alcoholic fermentation is made in stainless steel. It continues to mature in used French oak barrels and barrels, for a period of about 18 months. The final batch is prepared based on the selections made during the numerous tests and analyzes carried out during this period. In order to preserve the highest quality, it only undergoes filtration before bottling.