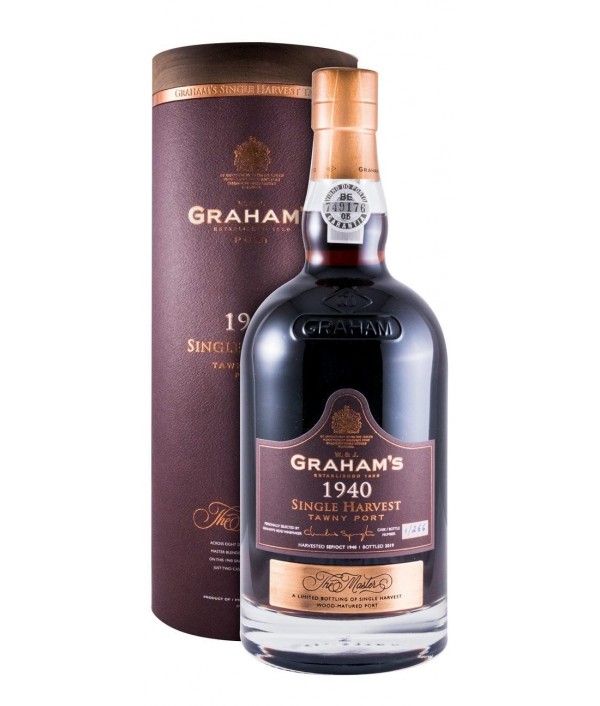 As the first grapes of the 1940 vintage were being picked in the peaceful Douro Valley in late September, the Battle of Britain raged in the skies over Southeast England and London was bombed daily during the Blitz. An unsettled spring in the Douro had caused thinning of the crop, which was fortunate given that the summer was exceptionally dry, and the reduced number of grape bunches placed fewer demands on the low water reserves in the soil. Charles Symington, Graham’s Master Blender, has selected two of the few remaining casks of 1940 Tawny Port for this once in a lifetime release.

The deep orange-brown colour reflects the concentration of almost eighty years ageing in cask. Complex aromas of caramel, praline chocolate, demerara and coffee roast are underpinned by a remarkable freshness. The palate is creamy, luxurious and intense with a long aftertaste offering layers of walnuts, citrus preserves and honey, while tea and tobacco notes linger in the glass.